Access and reliability are critical components of an emergency response system. That’s why the Ankara Police Department looks to Brekeke to provide a stable platform for their emergency telephone service, which serves the city’s 4.5 million residents around the clock, 365 days a year. 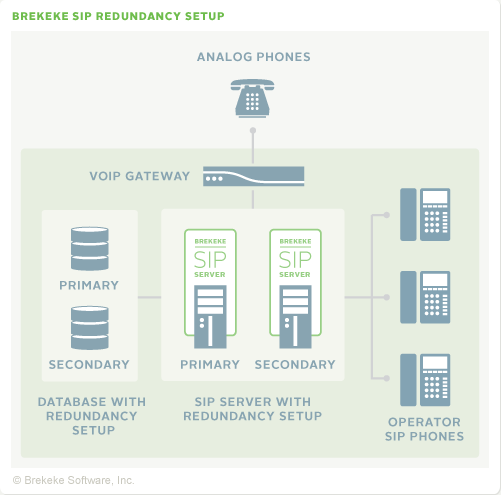 The SIP telephony system will be operating as the emergency telephone service for the Ankara Police Department, serving Ankara’s 4.5 million residents and businesses.

The primary challenge of this telephony system deployment is to build a solid redundancy system to keep all calls connected even when an unexpected failure occurs. Due to the urgent nature of calls handled by the police department, all calls must stay connected even during system failures.

In order to provide prompt and efficient responses to emergency calls, the Ankara Police Station had an urgent need to upgrade their telephony system. Not only was the previous telephony system lacking sufficient functionality to serve the department’s needs, but most importantly it lacked the critical redundancy feature to provide their emergency telephony system with a high availability of service.

All agents’ phones are now connected to Brekeke SIP Server, which means that all incoming calls are redirected by AudioCodes Gateway to the primary server and then distributed through Brekeke SIP Server to the agents.

With the new redundancy feature for both Brekeke SIP Server and FGS’s call center module, Ankara’s emergency call system is now guaranteed to have the high availability that people expect from their emergency services. Also, by making use of Brekeke’s more sophisticated call controls, Ankara’s police department can now handle their communications more swiftly and efficiently than ever.