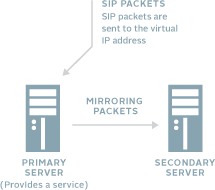 The Heartbeat feature of Brekeke SIP Server Advanced Edition monitors the status of the primary server at frequent intervals, as wel as the statuses of any specified network entities, such as other Brekeke SIP Servers. When it detects that a target is down, it instantly executes the pre-defined actions set by the system administrator, such as a failover function. 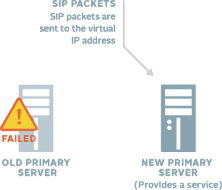